About the Siberian Husky Breed

In Canada, Siberians are a part of the working group (Group 3).

General Appearance: The Siberian Husky is a medium-sized working dog, light on his feet, free and graceful in action. He has an inbred desire to run and an independent spirit. His well-furred body, erect ears, and brush tail suggest his northern heritage. He performs his original function in harness most capably, carrying a light load at moderate speed over great distances. His body proportions and form reflect this basic balance of power, speed, endurance and general athletic abilities. The males of the Siberian Husky breed are masculine but never coarse. The bitches are feminine but without weakness of structure. In dogs and bitches, the bone must be medium with firm and well developed muscles. The coat is soft textured. 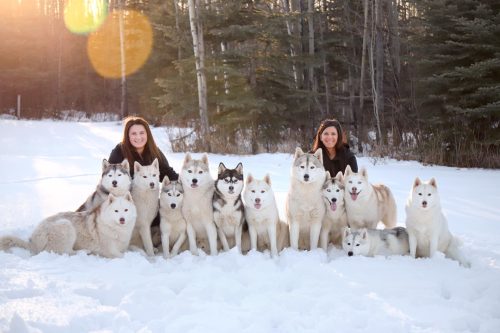 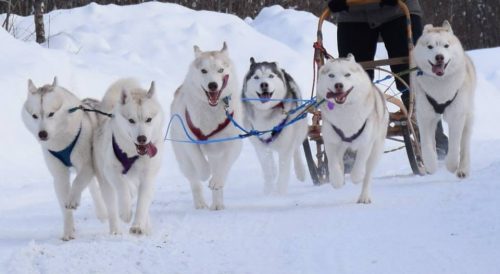 Temperament: The characteristic temperament of the Siberian Husky is friendly and gentle, but also alert and energetic. As adults, the breed tends to be aloof and independent. His intelligence, natural workability and eager disposition make him an agreeable companion and willing worker, especially as a sled dog. He does not display the possessive qualities of a guard dog. 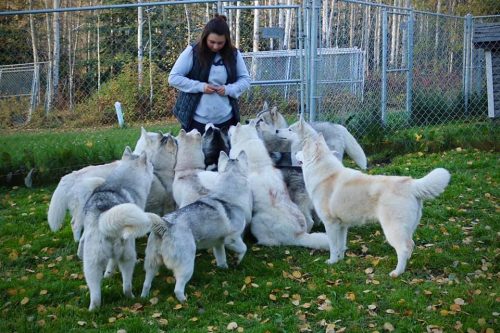 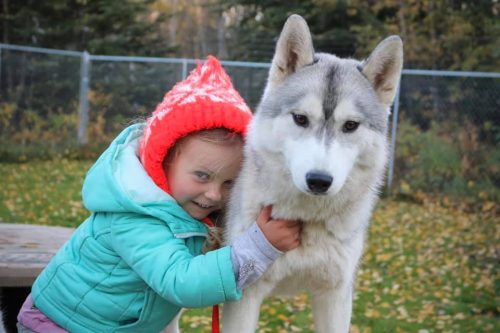 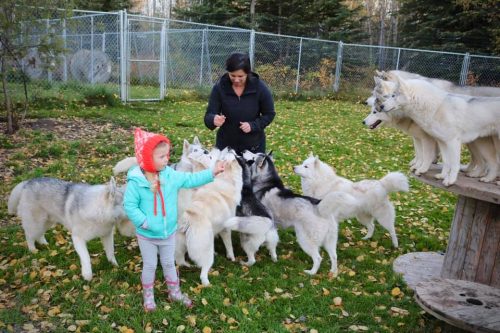 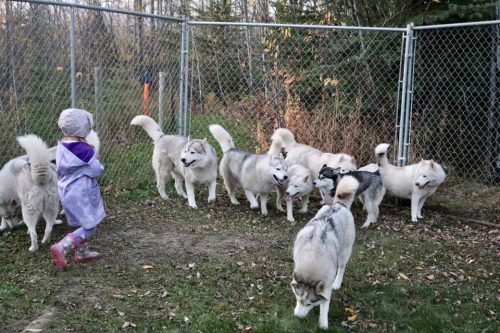 Coat & Colour: The Siberian Husky has a thick, soft, double-coat consisting of a soft, dense, downy undercoat of fur next to the skin, and an outer coat of soft, smooth-texture guard hairs, giving a smooth, full-furred appearance and a clean cut outline. It should be noted that the absence of undercoat during the shedding season is normal. Trimming of the fur around the feet to present a neater appearance is permissible. Trimming the fur on any other part of the body is not to be condoned and should be severely penalized. All colours (solids and blended shades) and pure white are allowed and all markings. A large variety of markings are found in the Siberian Husky, especially around the head.